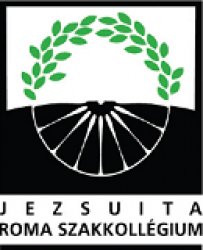 An Irish Jesuit in the JRSZ

On 2018. January 18 the Jesuit Roma Residential College had the pleasure to welcome Edmund Grace SJ. It was a cold Thursday afternoon when I had to meet with him in the Loyola Cafe at Párbeszédek Háza (the house of dialogues) near the Kalvin square. At first sight he seemed a very strict person. Fortunately the appearance was deceptive. He is a very nice and talkative man. While we were travelling to the JRSZ he talked about how he got the “call”. He was 19 (second year at university) when he got a sense of knowing something new about his soul. He didn’t know much about Jesuits before, but he started to search at a library and read a lot. He found a book with a lot of information about Jesuits. After reading it, he decided to visit a Jesuit church in Dublin. He said “it was the beginning of my wonderful journey”. When we arrived to the College his “welcoming committee” were waiting. Orsol-ya Hámori the rector of JRSZ, Ibolya Orsós, Kitti Zsigmond and Dezső Szénási (and me). After his arrival we had a conversation where we introduced ourselves and our role in the JRSZ. We asked Edmund to tell us something about his life and his works. He told again his calling and continued the story about his life. After the calling he was wondering what to do, leave the university or finish his studies. He chose the second option because his superiors said that “the Society of Jesus in Ireland also need lawyers”. When his studies were finished he was lecturing law in Na-tional College of Ireland.   After some years he wanted to do something on the field of pastoral work and to create immediate contact with people. So he started to work in a Jesuit parish and he joined to an anti-drugs movement which helped him to find his main pur-pose, a project on democracy, the so called “The conversation on Democracy in Ireland”. It involves a sort of network development between politicians of public service and community leaders. He would like to bridge the gap between politi-cians and the common people. He feels it fits his talents and he is very proud of it. His other initiation, The Venice Faith and Politics Workshop was also mentioned. It’s inspired by the story of Europe and guided by the wisdom of the Spiritual Ex-ercises of Ignatius of Loyola, this week long session is an invitation to explore Christian engagement in public life. This session enables young adults (aged 20-35) from every part of Europe to explore how faith and politics are related. The aim is to empower them to engage, as Europeans, in public service for the common good in a world of contradictions. This workshop is organized by a net-work of Jesuits and associates throughout Europe. After this conversation, we show him the dormitory. We talked about our famous roma people. He showed interest in our habits and culture. He had a lot of ques-tions about our connection with the community and the general judgment. As saying goodbye we agreed to meet at Venice, at the Faith and Politics Work-shop. Oláh Attila